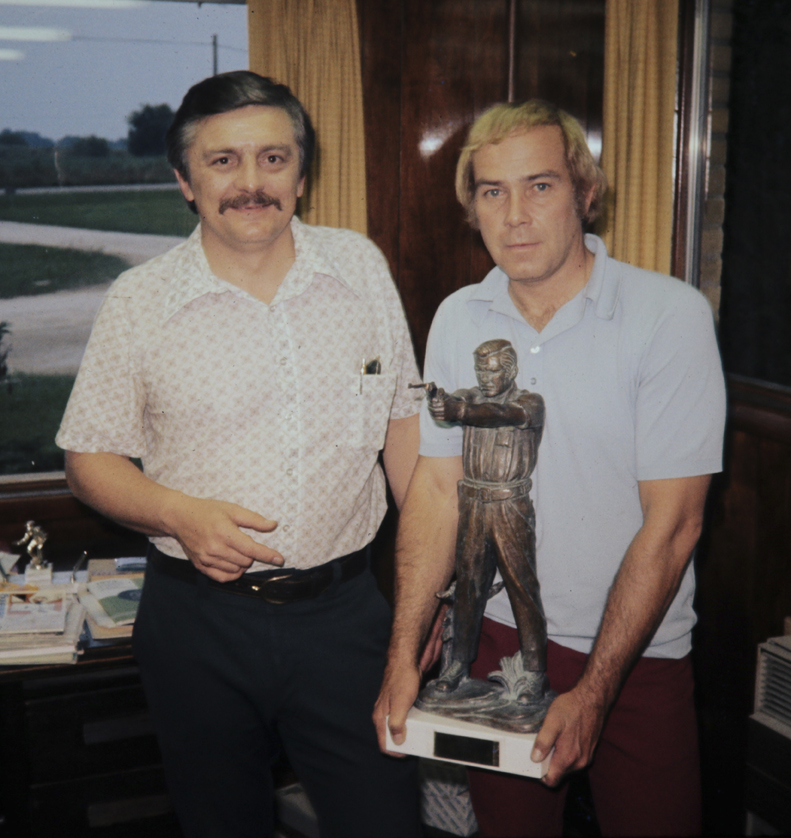 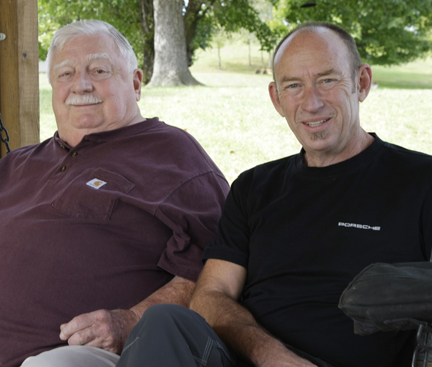 In 1961, I moved to Indianapolis and shortly thereafter met Lee Jurras while bullseye shooting at Ft. Harrison.  We were both more interested in handloading than punching paper.  I was shooting a half-jacket 110 gr. .357 Magnum at about 2,000 fps from a S&W Highway Patrolman. Incidentally, although rebuilt several times, I still use that revolver.

Skipping all the details, Lee and I started working together on developing hotter handgun ammunition. Bullet swaging was quickly incorporated and we also acquired a very early chronograph. It had 10 rows of 10 lights. Place a pencil lead at “start” and “stop,” a manual chronograph.

It was accompanied with a lot of broken leads and cussing! The idea was to shoot the lead with a bullet. You then transcribed the lighted numbers and went to a conversion chart to get velocity in feet per second.  Believe me—you really had to be “into it” to use this rig!

In those days, powder selection was quite limited compared to what is available today. Simply flying by the seat of our pants— we didn’t have a pressure gun— we used the “shoot the hell out of it” method to see if the guns held up.

Obviously, we used modern guns. We shied away from any of the old pre-war stuff or any of the non-heat-treated guns. At the time, even .357 Magnum ammunition was all made with lead bullets. That particular round was loaded hot, up to 1,600 fps or so and sometimes the rifling was hard to find after six shots of the soft swaged bullets! Same thing with original .44 Magnum factory ammo.

We soon had swaging dies made and bullet jackets were obtained, and the forerunners of what you are shooting today appeared— a lead core bullet with a jacket and a nose cavity to increase expansion. We found that the original jackets were far too thick. That was remedied and we also revised the allow used in the lead alloy and we messed with the shape until we got what we wanted. I loaded and shot around 500 rounds a week for a couple years.

Super Vel was born, and with it came a firestorm of controversy.  The handgun hunters flocked to it big-time. Police departments ranted and raved in both directions— either fantastic, wonderful and great… or it could
never match the old, slow, heavy lead bullets for “knock down” power! I recall one police department wanting a demo and requested we get there about 10 p.m. We figured they wanted the usual— let’s go out and knock over a couple deer for a demo. Wrong.

Step out to the back of the station. See that water tower a couple blocks away? Yep.

Let’s see you hit it and hear what it sounds like.

Uh-huh, sure… but let’s see you do it first!

Then we touched off a round of the early Super Vel and that water tower reverberated with more of a CRACK! Comparison of time-of-flight was impressive— you could hear the difference!

About the time Super Vel was really getting underway, I went to Volunteer Army Ammunition Plant until Vietnam ended. Lee and I stayed in touch and I did a lot of experimental  ammo development. Technology improved as did the bullets and ammo.  We shot a lot of hogs (“wild boar” if you prefer) at Tellico Junction Hunting Preserve testing ammo.

Lee filmed on 16mm sound movie camera a lot of kill-shots I made and eventually put a “Handgun Hunting” film together about 1969. I have no idea of when or where, but my copy was lost. Lee was in the same boat. A copy probably exists somewhere! It was shown at the first Outstanding American Handgunner awards banquet which Lee founded and supported.

Elmer Keith was awarded the first bronze and Col. Charles Askins the second.

Super Vel forced the major manufacturers into improving what they were making— and that performance race is still on! Super Vel, at that time, was never exceeded in performance. I laid in a heck of a supply just before they went under and just recently found a few hundred .380 ACP which still fire and function just fine.

Lee went on into other things, as did I, but we remained friends and kept in touch throughout the years. I was writing for GUNS Magazine and American Handgunner where I met Cameron Hopkins when he went to work there. Some friendships endure and ours did for many years.

Cameron came up with the idea of resurrecting Super Vel. I thought it was a hell of an idea and discussed it with lee. Cameron and Lee got together and Lee gave his blessing to the project. Unfortunately, Lee passed away shortly after Cameron got the first “new” high-performance Super Vel ready. Lee did shoot some of Cameron’s 9mm and .45 ACP, however. He was proud to see the name out there again. I know I am. Shooting today’s Super Vel is like shaking the hand of an old friend— extremely satisfying.