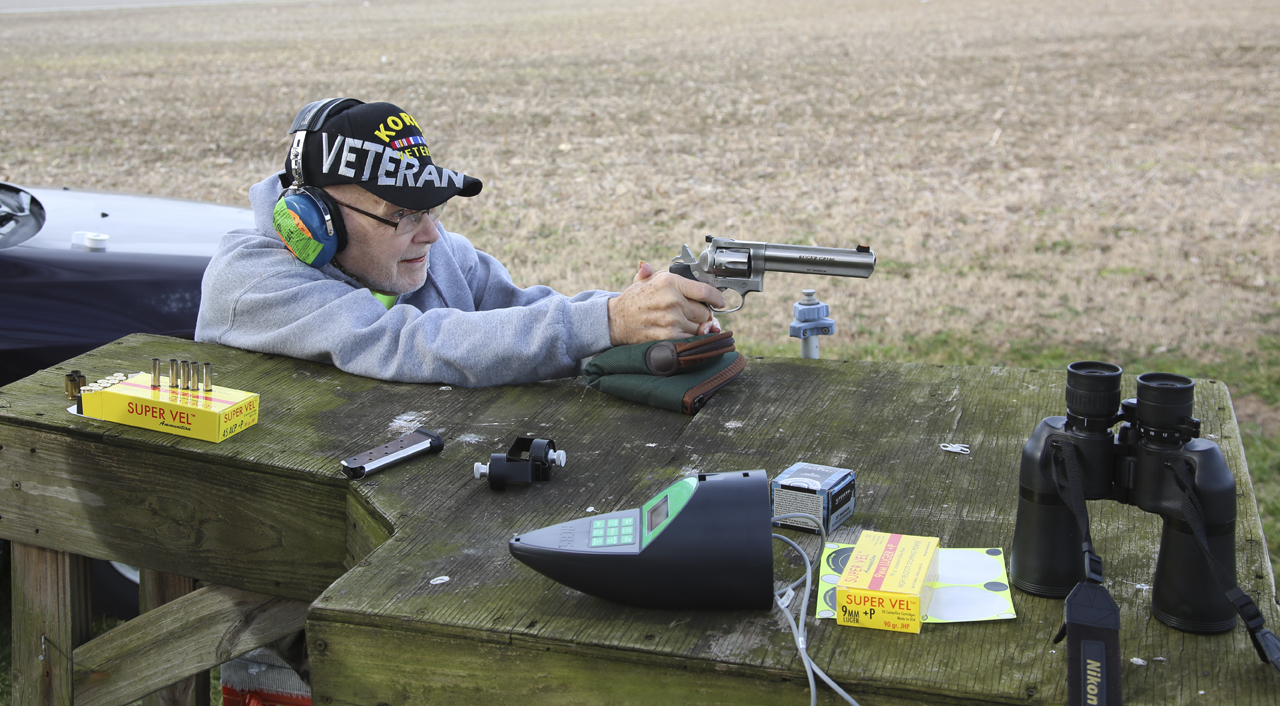 Lee E. Jurras was born on a strawberry farm in Dover, Fla. in 1934. Ten months later his parents divorced and he went to his maternal grandmother in Santa Monica, Calif. He spent the next 14 years there learning to shoot and hunt in the surrounding countryside. His quarry was mostly coyotes and jackrabbits with his first gun being a Savage Model 219 chambered in .22 Hornet and topped with a Weaver B6.

In his freshman year he moved to Shelbyville, Ind. It was here he acquired a Smith & Wesson K-38 and started on the road to handgun hunting with his first kill being a groundhog. In high school he joined the Marine Corps Reserve and with encouragement from his commander resigned the reserves and enlisted in the Marines. His shooting ability came to the fore when he set a marksmanship record of 249 x 250. His record only stood two months when another recruit shot a perfect 250.

Lee was honorably discharged as part of the post-Korea drawdown receiving $400 in separation pay and combining this with $700 in poker winnings, he headed for Indiana where he enrolled in the Indiana College of Mortuary Science. After graduation his new trade paid him $55 to $75 a week. Married by this time, he needed more money so he went to work for his stepfather’s asphalt business where he stayed for seven years. It was this time he started
experimenting with reloading ammo for better performance.

This resulted in him virtually standing the handgun ammunition industry on its head with the starting of Super Vel in 1964. At this time the best self-defense ammunition available was the standard .38 Special with a round nose lead bullet and .45 ACP hardball. Lee did two things to improve ammunition. Those two great improvements were a large hollowpoint which really worked as it was supposed to combined with a lighter weight which allowed greater muzzle velocity. The first offering from Super Vel was a .38 Special jacketed hollow point load for law enforcement.

One of the major problems with any business is having to depend on other suppliers and this is what eventually led to the demise of Super Vel. Lee’s ideas were so radical and so successful he caught the attention of the major ammunition manufacturers; the same companies he depended on to supply his brass. When the supply was shut off, it was necessary to seek brass in Europe which worked for time, however, expenses went way up and by Jan., 1975 Super Vel closed their doors. The company was gone, however, the influence continued and still lives on and we can thank Lee for all the excellent choices we have in truly effective ammunition today for both hunting and self- defense.

In 1975, Lee moved to New Mexico and started his involvement with the Auto Mag. The Auto Mag was originally a semi automatic pistol chambered in .44 AMP which was basically a rimless .44 Magnum with both factory rounds available and dies for making ammunition from .308 brass. Lee published the Auto Mag Newsletter which was the official publication of the Club de Auto Mag International. The .44 Auto Mag was followed by the .357 Auto Mag which was capable of muzzle velocities over 1,700 fps with a 158 grain jacketed bullet. This was followed by the .41 Auto Mag. Special L.E. Jurras Custom Model 100 Auto Mags were offered in all three calibers with serial numbers beginning with an LEJ prefix. These guns are much sought after by collectors today.

Lee’s major hunting partner was George Nonte with whom he also co-authored the book “Handgun Hunting.”.He also hunted often with Skeeter Skelton. “Too many of the old-timers are gone now as you well know. As to Super Vel, it filled a niche, kind of like Ackley did in rifles, but personally I feel like most of the handgun ammo today is more or less just copies with slight changes in jacket composition so I guess I opened some eyes, personal feelings only. When I was a kid, Al Goerg was a special hero as I read of his handgun hunting exploits.

“Later, I spent many an hour with Elmer sipping bourbon and puffing on stogies. My only regret was not getting out with him and packing back in a campsite, shooting a cow elk for meat and just doing some informal shooting of guns with a little BS thrown in for good measure.

“I considered Col. Askins a close personal friend. Hal Swiggett was as fine a Christian man as I ever knew. Bill Ruger was mechanical genius and a man of great integrity. He dreamed of being bigger than S&W and I think he finally made it. His single-action revolvers are the basis of a fine hunting handgun. He was an Ivy League graduate, a rare thing by today’s standards considering the anti-gun sentiment that seems to abound in those institutions these days.

“As you know Bill Ruger never went down on the floor except at the Ruger Collectors Association Meetings. I felt delight in the fact that I was invited to his suite. Ole Skeeter I considered a personal friend both in shooting and drinking, however, my days of consuming large quantities of a single malt scotch are a thing of the past. “Ole J. D. Jones and I usually talk on the phone about an hour at Christmas. Kent Lomont and I go back to when he was about age 12; I never thought I would outlive him. Jeff Cooper was a gentleman with a superb command of the King’s English; extremely opinionated and able to justify it. At least 98 percent of the time!

“Bill Jordan was a good ole Texas boy with no pretenses, no BS, and always able to back up what he said. He had unusually quick reflexes and very large hands. Others that I considered personal friends are, or were, Dan Wesson, Bill Gunn, Bob Steindler, Rex Applegate, Dean Grennell, and Homer Powley.”

In the late months of 2016, Lee commissioned Gary Reeder to build the Lee Jurras Memorial pistol. Built on a Ruger Blackhawk it is chambered in .475 Linebaugh. It was delivered to Lee before Christmas and he soon had the pleasure of shooting it. It is specially marked “Lee E. Jurras Memorial 1934-2017”

One doesn’t have to be very observant to understand what that means. Gary Reeder said, “None of us are here forever and good friends are a cherished part of our lives, never to be taken for granted.” And to that I say Amen! 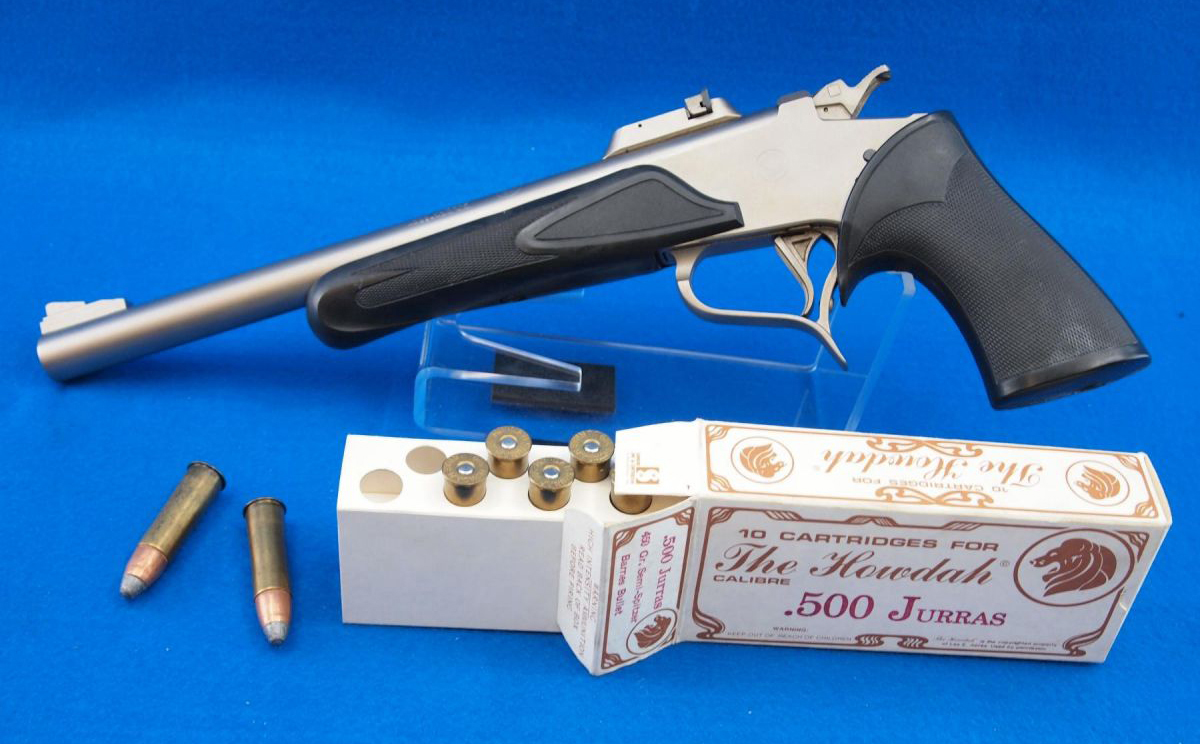