Frankie is the mascot for our Hush Puppy® subsonic 9mm ammunition, a tribute to the orginal "Freddy The Frog" who was the mascot of the Navy's Underwater Demolition Team (UDT), the predecessors the SEALs. Freddy was a muscular little frogman running with a stick of dynamite and a cigar clenched in his teeth (to light the dynamite). Frankie is running with a "Hush Puppy" pistol, still with his trademark cigar. Great for gun bags, caps or shoulders… Frankie! The patch is backed with Velcro®. 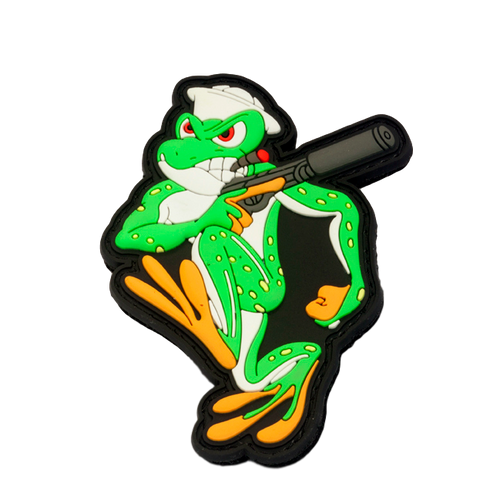