“Freddy The Frog” is the mascot of the Navy’s Underwater Demolition Team, the forerunner of the SEALs. We rendered "Frankie The Frog" as a tribute to Freddy but Frankie is racing into action with a Hush Puppy® pistol instead of a stick of dynamite like Freddy. Hush Puppy® was the nickname for the Mk 22 Mod 0 silenced pistol that the SEALs used in Nam. The original ammo was loaded by Super Vel, subsonic 9mm Luger. The shirt is black in color with Frankie on the back and the Hush Puppy logo on the front. 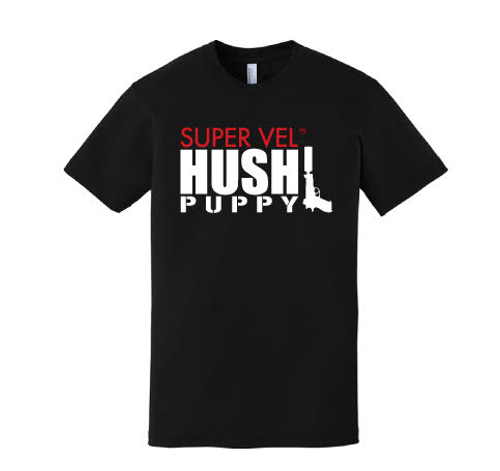